Upon arriving at Airservices Australia, we drove through the security gate, disembarked the bus and were greeted by Mr Lee Smith, one of the Year 6 parents who works for Airservices Australia. We then entered the main building to collect our security passes. We found out the facility is not open to the public and has to meet high security measures.

Once we all received our security passes and wristbands, Mr Smith took us to the training centre. There we met a few other Airservices Australia staff members who explained what they did there to us. After this we set off in three different directions.

One group started at the old flight tower overlooking Melbourne Airport. From there you could clearly see the airport runway, the Melbourne Airport weather station and the airport firefighters training center. Mr Smith explained how the tower worked and what all the different buttons, controls and maps were used for. One group even witnessed the firefighter’s training- they set alight a fake aeroplane and put out a fire.

Another group headed off to the Enroute Eurocat Simulator, where they became air traffic controllers and took the reins of directing pilots in a particular air space within Australia to Melbourne Airport. This group were able to use the air traffic control virtual reality activity and had a look at some 3D maps.

The last group went to the amazing 360° Tower Simulator. There they also pretended to be an air traffic controller and direct planes to land at Melbourne Airport or give them permission to take off. They had to respond to different mock emergency situations. The simulator was absolutely amazing and one of the highlights of the day.

After we all had finished our three rotations we headed back to the bus, and before we departed we thanked the 20 staff and volunteers from Airservices Australia who made the day possible.
We also would like to thank Mr Lee Smith again for organising the opportunity for the Year 6 students. 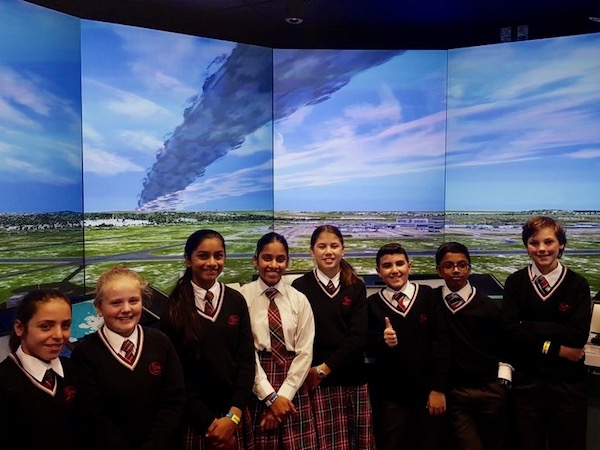